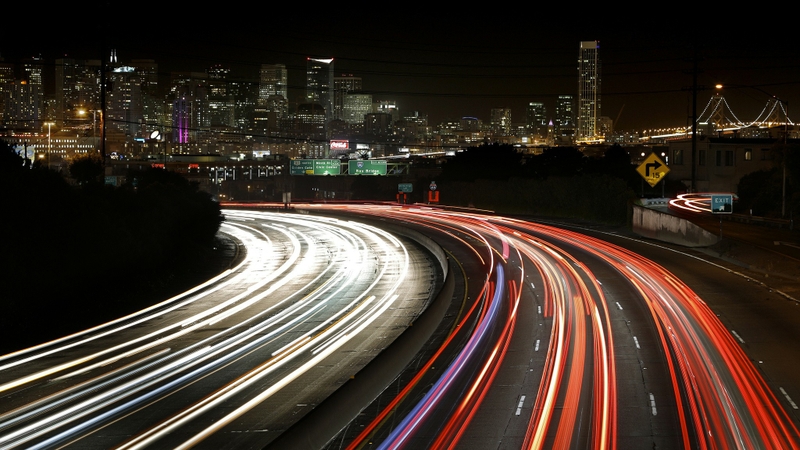 All praise is due to Allaah, Lord of all the worlds. May His peace and blessings be upon His Messenger, his household and companions.

Fellow Muslims! Fear Allaah as he should be feared, for the best provision is piety:

“And fear a day when you will be returned to Allaah. Then every soul will be compensated for what it earned and they will not be wronged (i.e. treated unjustly).” (Al-Baqarah: 291).

Brothers in faith! Mans happiness and success lies in his repentance to his Lord and his steadfastness upon the law of Allaah and His religion for the entire duration of his life. It does not lie in being distracted from working towards his eternal future by the urge to acquire the beauties of this world. This is the way of the righteous and pious people whom Allaah describes as that which translates as:

“Men whom neither commerce nor sale distracts them from the remembrance of Allaah and performance of prayer and giving of zakaah. They fear a Day in which the hearts and eyes will (fearfully) turn about.” (An-Noor: 37).

Righteous people, despite their business and worldly engagements, do not allow that to stand between them and remembrance of Allaah’s greatness; a remembrance that makes them constantly fear Him and worship Him as He should be worshipped.

This is how the true believer should be. They should spend their days in performing righteous deeds and seek the abode of the Hereafter with whatever Allaah gives them. This is because they know that this life is only a means to achieve the everlasting life and perpetual prosperity. They know this world is not an end in itself but only a finite place in which both the pious and sinful have their daily bread. They know that, however long one may live, they will eventually grow old and die. They also understand this world’s insignificance and know that it is worthless in the sight of Allaah and that it is only a bridge which people cross over to reach Paradise or Hell. Allaah says that which translates as:

“Know that the life of this world is but amusement and diversion and adornment and boasting to one another and competition in increase of wealth and children – like the example of a rain whose (resulting) plant growth pleases the tillers; then it dries and you see it turned yellow; then it becomes (scattered) debris. And in the Hereafter is severe punishment and forgiveness from Allaah and approval. And what is the worldly life except the enjoyment of delusion?” (Al-Hadeed:  20).

“The life of this world is sweet and green (i.e. as tempting as fruits) and Allaah makes you  succeed one another in it, so that He may observe what type of deeds you will do therein. Beware of this life and beware of (the temptation of) women.” (Muslim). He also said:“If this world was worth a mosquito’s wing in the sight of Allaah, He would not have given a disbeliever a single gulp of water.” (Al-Tirmidhi).

There are in these Qur’aanic verses and Ahadeeth the clearest picture of the worthlessness of this world and an exhortation to mankind to fulfil their objectives here. They are meant to worship Allaah, reform their souls, be pious, abstain from lusts and base desires and not become deceived with the beauties of this life. It is however, pathetic that many are in the state of forgetfulness and delusion so much so that the aspiration of acquiring the beauties of this world has overpowered them and sins and evil deeds have covered their hearts. They live as if there is no other life except that of this world. When the love of this life conquers one’s heart, it makes one forget the remembrance of their Lord and if that happens then they become deserving of the wrath of Allaah.

The Prophet sallallaahu ‘alaihi wa sallam, while explaining the evil of the love of this world and its danger to one’s religion said:

“Two hungry wolves sent into the midst of a flock of sheep are less destructive to the sheep than man’s covetousness for money and fame are to his religion”.

It is said that, “Love of this world is the mother of all sins”. When Imaam Hasan  Al-Basri observed the greediness of the people of his time for the wealth of this world, he exclaimed: “Do these people believe in the Day of Reckoning? No, I swear by the Master of the Day of Judgment!”

A sign of the domination of love of this world over the hearts is when one does not have concern for anything other than the search for prestige and fame, even if that is to be at the expense of one’s religion. Some have concerns only for amassing wealth even if they have to get it from dubious or forbidden means.

The Prophet sallallaahu ‘alaihi wa sallam warned against this when he said:

“I swear by Him in whose Hand is Muhammad’s soul! A man may swallow a morsel of food from a haraam source the consequence of which will be that no good deed will be accepted from him for forty days”.

“The fire of hell is entitled to any piece of flesh that has been nurtured by ill-gotten food”.

Brothers in faith! There are many Muslims amongst those who have been overwhelmed by the love of this life, who so yielded to their whims, desires and evil inclinations that they drank alcohol, took drugs, committed adultery, fornication and other evil acts. They are encouraged to perpetrate these evil acts by the modern mass media. This makes these malevolent things fair-seeming to them. It allures them with temptation and incites them to revolt against good moral values until many Muslims, especially the youth, begin to imitate their enemies in all aspects of their life. The following refers to them:

“Then, there came after them successors (i.e. later generations) who neglected prayer and pursued desires; So they face ghayy (a valley in hell).”(Maryam: 59)

So, it is their excessive passion for this life that will be the cause of them being thrown into hell.

Fellow Muslims! It is the unrestrained love for this life and preferring it to the Hereafter that weakened the Muslim Ummah in contemporary times and made disgrace, dissension and hypocrisy her lot. It is this predicament that gave her enemies the power to dictate many of her affairs, seize her wealth, conquer her lands and severely persecute the Muslims. A vivid example of this is what happens presently in Palestine where Jewish usurpers carry out criminal acts of aggression against our brothers and desecrate lives, properties and mosques. This is an actualisation of what the Messenger sallallaahu ‘alaihi wa sallam prophesied when he said:

“When you trade by ‘Eenah[1]’ (a form of ribaa), get yourselves occupied with cattle and become pleased with cultivation  – and abandon Jihaad; Allaah will impose an ignominy on you which he will  not remove until you go back to your religion”.

‘Beware the nations all over the world shall join forces against you as diners gather around their bowl of food’. The companions asked: ‘O Messenger of Allaah! Is that because we will be few in number then?’ He sallallaahu ‘alaihi wa sallam said: ‘No, rather you will rather be many, but you will only be as (voluminous and as worthless as) the scum after a flood. The fear of you shall be removed from the hearts of your enemies and weakness will be put into your hearts’. The companions asked: ‘What is the weakness?’ he answered: “To love this life and detest death”.

Therefore, let all of us desist from heedlessness and preferring this life to the Hereafter. Allaah has condemned the heedless and praised the pious when He said that which translates as:

“And let not the worldly life delude you and be not deceived about Allaah by the chief deceiver (Satan). Indeed Satan is an enemy to you; so take him as an enemy. He only invites his party to be among the companions of the Blaze.” (Faatir: 5-6).

Brothers in faith! Fear Allaah as he should be feared and die not except as Muslims. Do not be among those who have been overpowered by negligence and overwhelmed by Satan thereby making them forget the remembrance of Allaah and the abode of the Hereafter. They are so deceived by false hopes that they do not think of anything other than the pleasure of this world regardless of the source from which that pleasure may come.

“They know what is apparent of the worldly life, but they, of the Hereafter, are unaware”. (Ar-Room: 7).

Why can you not reflect, O slaves of Allaah, and learn lessons from the misfortunes and calamities that Allaah has inflicted on people throughout history? Can you not ponder over the fate of the dead who are escorted to their burial places daily? These people who are our fathers, our mothers, our children, kings, paupers, believers, disbelievers, righteous and sinful? These people are all buried in graves and will all be resurrected on the Day of Judgment,

“The Day they will emerge from the graves rapidly as if they were, toward an erected idol, hastening. Their eyes humbled, humiliation will cover them. That is the Day which they had been promised!” (Al-Ma`aarij: 43-44).

Fellow Muslims! Fear Allaah and be dutiful to Him and remember that you will one day leave this world for your everlasting abode which will be either Paradise or Hell. Get yourselves prepared for that day:

“So he who is drawn away from the Fire and admitted to Paradise has attained (his desire). And what is the life of this world except the enjoyment of delusion?” (Aal-‘Imraan: 185).

[1] An Example of ‘Eenah is where a person requires, for example, $100. In order to get this from a lender, he does not take the conventional interest route of simply borrowing $100 at a set interest rate. Rather, he will arbitrarily purchase an item from the lender for, say, $150 and not pay its price but  IMMEDIATELY re-sell the item, back to the lender for, say, $100 and take that $100 in cash. Therefore he has the $100 that he originally sought and will pay back the outstanding $150 at a later date. This of course is exactly the same as ribaa but in addition, it involves attempting to circumvent the prohibition of ribaa and therefore it is actually worse.

View all posts by callertoislam